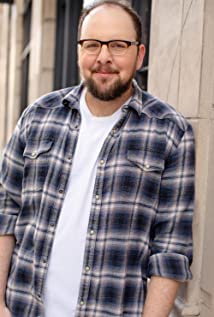 Austin Lee Basis was born and raised in Brooklyn, New York in a little beach community called Sea Gate, at the end the famous Coney Island boardwalk. His mother, Shari, was a teacher for over 30 years, and his father, Arthur, has managed a meat-distribution company for almost 20 years. He has a younger brother, Jeremy, who is also a teacher.From a very young age Austin felt at home in the limelight, entertaining people and making them laugh - but actually dreamed of playing major league baseball as a catcher for the New York Mets! Once it was clear that biology and genetics were teaming up to prevent that from happening, Austin turned his focus to... becoming a doctor! Eventually, even that became an elaborate form of procrastination.Throughout Austin's childhood he performed in plays, usually musical comedies, despite his lack of singing ability. From his first role as "The Sun" in the kindergarten play to the title role of Dracula in a Junior High School production of "Young Dracula" to the Dentist in a summer camp version of "Little Shop of Horrors" to the part of Stanley in "Brighton Beach Memoirs" - his first full production in college - Austin's future was being mapped out before his eyes.Austin went on to Major in Theater at Binghamton University. He performed in the title roles of "Rosencrantz & Guildenstern are Dead" and "I Hate Hamlet" among others, in addition to several original productions. He continued his training and education at the Actors Studio Drama School, where he received an MFA in Acting.Soon after graduating, Austin became a lifetime member of the Actors Studio. There he had the privilege to work with the likes of Al Pacino, Faye Dunaway, and Estelle Parsons; and under the tutelage of Ellen Burstyn, Harvey Keitel, Arthur Penn, and Lee Grant.Austin was a struggling actor in New York for a couple of years. He worked as a bartender, a bouncer, a busboy, a cater-waiter, and a substitute teacher to make a living, all the while - taking classes to hone his audition skills, working "in Session" at the Actors Studio, and performing in a slew of independent & student films, and Off-Off Broadway plays. He also co-created and performed in an improv & sketch comedy show called "Mmm...Comedy" that ran for 7 months.Austin's television debut was in the Comedy Central film Porn 'n Chicken (2002). His break came in 2004 when he was cast in an episode of Law & Order: Criminal Intent (2001). Austin then landed a role in a Warner Brothers TV pilot for FOX called Spellbound (2004) with Christine Baranski, Barry Bostwick and Dave Annable. He soon moved out to LA for good and began making a living as an actor.Austin has since appeared on numerous television shows, among them: Studio 60 on the Sunset Strip (2006), Supernatural (2005) and Life on Mars (2008). His diverse film credits include Dorian Blues (2004), Boxboarders! (2007), American Zombie (2007), My Sassy Girl (2008), and The Other End of the Line (2008) traveling as far as India to shoot them.He enjoys a successful commercial career as well, appearing in spots for Toys 'R' Us, Wendy's, Dr. Pepper, State Farm, and Burger King. He also plays Benjamin Bankes the Pig in the Ad Council's "Feed the Pig" campaign.Austin enjoys drawing and writing poetry.