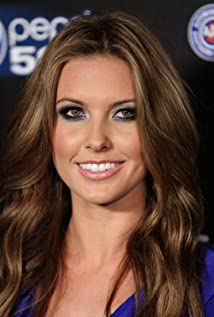 Patridge was born in Los Angeles, California, to Lynn (Clelland) and Mark Patridge, and is the eldest of four children. She has English, German, Belgian (Walloon and Flemish), Italian, and Polish ancestry. Audrina always aspired to become an actress in Hollywood and, as soon as she turned 18, she signed with a small management company in Los Angeles, California. She honed her craft by participating in drama classes and private acting lessons, taking a job at Quixote Studios as she waited for her big break. Living a stone's throw away from the MTV production of The Hills (2006), Audrina was spotted sunbathing by the pool and was asked by a producer if she wanted to join the cast. She happily accepted her role as the dear friend of Lauren Conrad and Heidi Montag in what was sure to be the beginning of her enticing career. Patridge has been a class act since she was a small child. Her grace and charismatic demeanor fuel her ability to light up the camera. Aside from her captivating film presence, Audrina is an accomplished artist and has been active in many activities such as martial arts, cheerleading, kickboxing and especially dance.Patridge made her small screen debut in 2005 as the fun and outgoing friend on the cast of the hit MTV series The Hills (2006), a reality show that documented the lives of four young girls trying to make a mark for themselves in the fast pace, energetic city of Los Angeles. It had the highest-rated telecast this year for MTV. It was also awarded for Choice TV Reality/Variety Show at the 2007 Teen Choice Awards show. The show began its fourth season in August 2008. Later that year, she completed production on her first film role, MGM Home Entertainment's Into the Blue 2: The Reef (2009). In the film, Patridge stars opposite Chris Carmack and Laura Vandervoort as Kelsey, a no-nonsense, beautiful beach babe whose boyfriend caters to her every command.

Into the Blue 2: The Reef