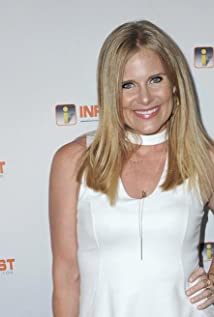 Audrey Walters, is a native of Uvalde, Texas, born to parents Bill and Janice McWhorter. Walters carved an unusual path to an acting career. As a student at Texas Tech University, she studied broadcast journalism, and fell in love with television work and storytelling. Audrey's current successes as an actor can be attributed to her fearless attitude, expertise at multitasking, and her bubbly but grounded personality. Her television credits include Better Call Saul, Preacher and Killer Women. Her feature credits find her working opposite Lou Diamond Phillips and Jason Patric in the western Big Kill, in Jonathan Watson's dark comedy Arizona opposite Rosemarie Dewitt, and in the Netflix original movie Our Souls at Night, starring Robert Redford. In 2013, Audrey Co-Founded the award-winning program, Talk to the Camera to further impact the next generation by improving social communication skills, teaching empathy and collaboration through movie making. The program is available nationwide to ALL children, regardless of their economic or social situations. As co-founder of the Talk to the Camera Community, a 501(c)3 organization, Audrey continues serving under served communities through the art of movie-making and video production.