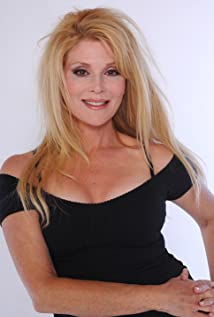 Audrey Landers is an accomplished actress, singer, writer, composer and producer. She is best known to fans all over the world for her memorable role as Afton Cooper for eight years on Dallas (1978), her controversial Playboy pictorial (with her clothes on) and hundreds of television gigs in the 1980s and 1990s. However, she has been somewhat under the radar in the United States over the past few years, raising her teenage twin boys, managing and producing her son Daniel Landers' music career and continuing to be a record-breaking singer/songwriter in Europe (recording and performing in several languages). Now she is back in the United States spotlight, successfully building a fashion business. Keeping it all in the family (her mother Ruth Landers has managed and produced Audrey's career for over 30 years) and continuing their long-standing business partnership: Audrey and Ruth have co-created Landers STAR Collection, a line of glamorous fashion and accessories. As a teen, Audrey studied music at the Juilliard School in New York while majoring in psychology at Columbia University and starring in the daytime drama Somerset (1970). She literally grew up in front of the camera and on stage.Throughout her career, she has continued to perform live shows in Europe, Las Vegas and Atlantic City, headlining with Billy Crystal and Rich Little, among many others. While working in the United States, she was breaking records in Europe as a singer and composer. She has earned 10 gold singles, four gold albums and two platinum albums. Her most recent album was released in Europe in September 2010. In 1995 with toddler boys at home, Audrey wrote (47 episodes, 250 original songs) and performed in the children's series, The Huggabug Club (1995), produced by Ruth, which aired on PBS for five years and continues to run on other stations. In 2006, Audrey co-wrote and directed Circus Camp (2006), a full-length feature film, produced by Ruth Landers. It was a family adventure in more ways than one! Landers has been married to businessman Donald Berkowitz since 1988 and they have twin teenage boys. Their family also includes two dogs rescued from shelters - Andy and Roxy.