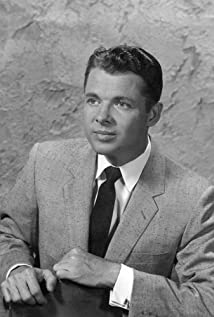 Audie Murphy became a national hero during World War II as the most decorated combat soldier of the war. Among his 33 awards was the Medal of Honor, the highest award for bravery that a soldier can receive. In addition, he was also decorated for bravery by the governments of France and Belgium, and was credited with killing over 240 German soldiers and wounding and capturing many more.Audie Leon Murphy was born in Kingston, Hunt County, Texas, to Josie Bell (Killian) and Emmett Berry Murphy, poor sharecroppers of Irish descent. After the death of his mother and the outbreak of WWII, Murphy enlisted in the army in June 1942 after being turned down by the Navy and the Marines. After undergoing basic military training, he was sent first to North Africa. But the Allies drove the German army from Tunisia, their last foothold in North Africa, before Murphy's unit could be sent into battle. His first engagement with Axis forces came when his unit was sent to Europe. First landing on the island of Sicily, next mainland Italy, and finally France, he fought in seven major campaigns over three years and rose from the rank of private to a battlefield commission as a second lieutenant.Part of Murphy's appeal to many people was that he didn't fit the "image" most had of a war hero. He was a slight, almost fragile-looking, shy and soft-spoken young man, whose boyish appearance (something he never lost throughout his life; he always looked at least 15 years younger than he actually was) often shocked people when they found out that, for example, during one battle he leaped on top of a burning tank--which was loaded with fuel and ammunition and could have exploded at any second--and used its machine gun to hold off waves of attacking German troops, killing dozens of them and saving his own unit from certain destruction and the entire line from being overrun. In September 1945 Murphy was released from active duty, promoted to 1st Lieutenant, and assigned to inactive status. His story caught the interest of superstar James Cagney, who invited Murphy to Hollywood.Cagney Productions paid for acting and dancing lessons but was reluctantly forced to admit that Murphy--at least at that point in his career--didn't have what it took to become a movie star. For the next several years he struggled to make it as an actor, but jobs were few, specifically just two bit parts, in Beyond Glory (1948) and Texas, Brooklyn & Heaven (1948). He finally got a lead role in Bad Boy (1949), and starred in the trouble-plagued production of MGM's The Red Badge of Courage (1951), directed by John Huston. While this film is now considered a minor classic, the politics behind the production sparked an irreparable fissure within the ranks of the studio's upper management.Murphy proved adequate as an actor, but the film, with virtually no female presence (or appeal), bombed badly at the box office. Murphy, however, had already signed with Universal-International Pictures, which was putting him in a string of modestly budgeted Westerns, a genre that suited his easygoing image and Texas drawl. He starred in the film version of his autobiography, To Hell and Back (1955), which was a huge hit, setting a box-office record for Universal that wasn't broken for 20 years until it was finally surpassed by Jaws (1975)). One of his better pictures was Night Passage (1957), a Western in which he played the kid brother of James Stewart. He worked for Huston again on The Unforgiven (1960).Meanwhile, the studio system that Murphy grew into as an actor crumbled. Universal's new owners, MCA, dumped its "International" tag in 1962 and turned the studio's focus toward the more lucrative television industry. For theatrical productions, it dropped its roster of contract players and hired actors on a per-picture basis only. That cheap Westerns on the big screen were becoming a thing of the past bode no good for Murphy, either. The Texican (1966), his lone attempt at a new, European form of inexpensive horse opera, to become known as "the Spaghetti Western", was unsuccessful. His star was falling fast.In addition to his acting career -- he made a total of 44 films -- Murphy was a rancher and businessman. He bred and raised thoroughbred horses and owned several ranches in Texas, Arizona and California. He was also a songwriter, and penned hits for such singers as Dean Martin, Eddy Arnold, Charley Pride and many others.His postwar life wasn't all roses, however. He suffered from what is now called Post-Traumatic Stress Disorder (PTSD) but was then called "combat fatigue", and was known to have a hair-trigger temper. He woke up screaming at night and slept with a loaded M1911 .45 semi-automatic pistol nearby. He was acquitted of attempted murder charges brought about by injuries he inflicted on a man in a bar fight. Director Don Siegel said in an interview that Murphy often carried a pistol on the set of The Gun Runners (1958) and many of the cast and crew were afraid of him.He

A Time for Dying

Bullet for a Badman