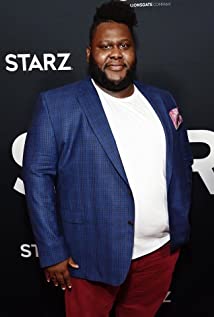 Atkins Estimond is quickly making a name for himself in the entertainment industry by playing an array of roles from a doctor to a hacker to a laidback optimist to a gangster. In 2020, he is set to star in Jerry Bruckheimer's upcoming drama series, "Hightown" (STARZ) alongside Monica Raymund and James Badge Dale. Set in Provincetown, Massachusetts, the series follows a hard-partying National Marine Fisheries Service agent, Jackie Quiñones (Raymund), whose life is thrown into disarray when she discovers a body on the beach - another casualty of the opioid epidemic. She is convinced it is up to her to solve the murder, putting her at odds with Cape Cod Interagency Narcotics Unit sergeant, Ray Abruzzo (Dale). The two of them, along with everyone else connected to the murder, circle each other, and as their lives crash together. Estimond shines as Osito, a hardened gangster, who is of Haitian and Dominican decent, and has a soft spot for his solider-in-training, Junior (Shane Harper). "Hightown" will premiere on STARZ on May 17, 2020.Estimond is also known for his role as the eternal optimist, Gerson, in AMC's and Paul Giamatti's critically acclaimed dramedy series, "Lodge 49" opposite Wyatt Russell. Additional television credits include recurring roles in FOX's "The Resident," Crackle's "StartUp" alongside Adam Brody, and Playstation Network's "Powers" with Sharlto Copley, as well as, guest starring roles in ABC's "How to Get Away with Murder," YouTube Premium's "Step Up: High Water," truTV's "Bobcat Goldthwait's Misfits & Monsters," OWN's "Love Is_" and SundanceTV's "Hap and Leonard."On the film side, his credits include Roadside Attractions' "Trial by Fire," Samuel Goldwyn Films' "Lila & Eve" with Jennifer Lopez and Viola Davis, Gravitas Ventures' "Folk Hero & Funny Guy" and "An Actor Prepares," Columbia Pictures' "SuperFly," Universal Pictures' "Get On Up" and his film debut in "Dumb and Dumber To" opposite Jim Carrey and Jeff Daniels.Born in Ft. Lauderdale, Florida and raised in Atlanta to Haitian immigrant parents, Estimond started acting in high school productions his freshman year. His love of acting began from watching movies as a child and seeing his older brother perform in plays at the local Boys & Girls Club. After graduation, he pursued a career in music, playing guitar in a band and simultaneously booked roles in "Dumb and Dumber To" and Lifetime's hit series' "Devious Maids." Estimond returned to school, enrolling at University of North Georgia majoring in Theatre, while continuing to book roles in film and television. He eventually decided to pursue acting full time and has been working ever since. He hopes that by increasing his visibility that he can inspire more Haitians to pursue a career in the entertainment industry and ultimately be able to tell stories about Haiti and its rich culture.Estimond currently resides in Atlanta with his wife, Kristen, and their daughter. When he's not on set, he enjoys spending time with family, playing music and traveling.