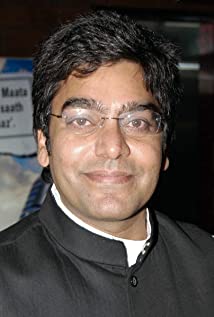 Ashutosh Rana born in Gadarwara, Madhya Pradesh is an Indian actor working in the Hindi Film and Telugu Film industry. He finished his Primary School education in Gadarwara and used to play the role of ravana in the city Ramleela. Later, he went to National School of Drama (New Delhi) for acting. He started his career with the Television Serial "Swabhimaan" and after that appeared in many serials like Farz, Saazish, Kabhi Kabhi, Waris etc. He started his film career with the movie Dushman", playing a psychopath killer, and after that worked in many films such as Raaz, Haasil, Kasoor, LOC, Ab ke baras, Gunaah.He is married to the actress Renuka Shahane and has two sons.

Bhoot: Part One - The Haunted Ship