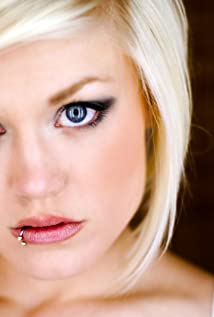 Gorgeous and petite 5'2" blonde bombshell Ash Hollywood was born on May 27, 1989 in Minneapolis, Minnesota. Her first job was as a barista at a drive thru coffee shop. Moreover, Hollywood worked as a mainstream glamor model prior to her involvement in the adult entertainment industry. Ash first began performing in explicit hardcore movies in her early 20's in 2010; she has appeared in X-rated features for such top companies as FM Concepts, Wicked Pictures, Lethal Hardcore, Club 59, 3rd Degree, and New Sensations. Hollywood has two tattoos as well as piercings in her tongue, navel, and clitoris. Ash was nominated for an AVN Award for Best New Starlet in 2012. In addition, the blue-eyed stunner has not only modeled for the adult website Twistys, but also for noted adult photographer Suze Randall. Her hobbies include writing, snowboarding, and wake boarding.

Gag on My Cock