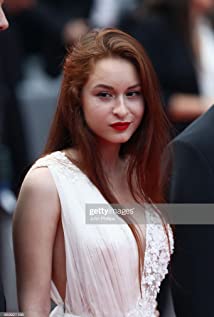 Reyhan Asena Keskinci is a Turkish actress. She began her career as child actor. She is studying in theatre department of Mimar Sinan Fine Arts High School. She played 101 episodes in "Bez Bebek" fantastic series. She is played in "Ahlat Agaci", directed Nuri Bilge Ceylan, premiered at the Cannes Film Festival. She continues to play in many series and movies.