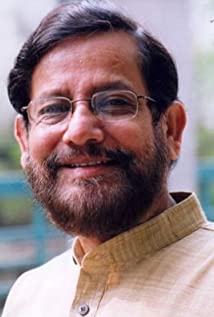 Asaduzzaman Noor is one of the few actors in Bangladesh with acting and reciting skill. He is good at both this part of arts and has earned a strong fan base within the country. Besides he is a politician and activist. He served as a Minister of Cultural Affairs of the Government of Bangladesh. Asaduzzaman Noor was born on 31 October 1946 in a Muslim family of Nilfamari District of then British India (now Bangladesh) to Abu Nazem Mohammad Ali and Amina Begum. He studied in University of Dhaka. Noor started his acting career with Nagorik theatre troop in 1972. He acted over 600 times for this troop in 15 different plays. He also directed two plays, namely 'E Mor Ohonkar' and 'Dewan Gazir Kissa'. He also wrote plays for theatre and television. Noor acted in the short film 'Hooliya (1984)', directed by Tanvir Mokammel. He got first attention by the audience through the television series 'Eishob Dinratri' (1985). In the same year, he acted in the critically acclaimed film 'Dahan (1985)', directed by Sheikh Niamat Ali. Later on, he appeared in the television series written by Bangladeshi author Humayun Ahmed, such as, 'Bohubrihi' (1988), 'Ayomoy' (1988), and 'Kothao Keu Nei' (1990). The character Baker Bhai in the TV series 'Kothao Keu Nei' became hot topic that time. In the early 1990s, he appeared in the television series 'Priyo Podorekha' (1992), 'Aaj Amader Chhuti' (1992), and 'Himu' (1994). He starred in the film 'Shongkhonil Karagar (1992)' and Bangladesh National Film Award winning film 'Aguner Poroshmoni (1994)'. Later, he appeared in the films, 'Chandrakatha (2003)', 'Noy Number Bipod Shanket (2007)', and 'Daruchini Dwip (2007)' as supporting actor; and 'Ghetu Putro Komola (2012)' and 'Sutopar Thikana (2015)' as narrator.