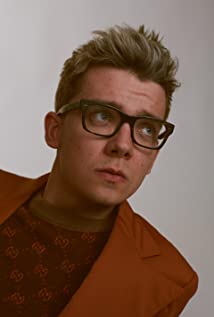 Asa Butterfield was born in Islington, London, England, to Jacqueline Farr and Sam Butterfield. He began acting at the age of 8, after a talent spotting casting director saw him at his local after school drama club, The Young Actors Theatre in Islington. Following on from a couple of small roles in films, he was cast, at 10 as Bruno in The Boy in the Striped Pajamas (2008). Since then, he has been acclaimed for his titular roles in Hugo (2011) and Ender's Game (2013), as well as other major roles as Nathan in A Brilliant Young Mind (2014), Jude in Ten Thousand Saints (2015), Jake in Miss Peregrine's Home for Peculiar Children (2016), Gardner Elliot in The Space Between Us (2017), Norman in Nanny McPhee Returns (2010), and Mordred in the BBC's Merlin (2008).Asa was born Asa Maxwell Thornton Farr Butterfield, but now uses the middle name "Bopp" on his passport instead (after Comet Hale-Bopp), and is known as Asa Bopp Farr Butterfield.

The House of Tomorrow