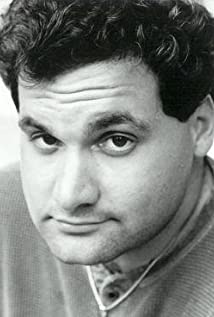 Arthur Steven Lange grew up a child of a middle class family in Union, New Jersey. At Union High School, Lange excelled in baseball, becoming an All County third baseman. Working long afternoons with his loving contractor father, Artie developed a comical view of social classes, and his place in life as a barrel-chested Italian boy. After Artie completed high school, his father, who was a cable installer, fell off a roof and became a quadriplegic. Artie changed his college plans to be near his family, taking up odd jobs as a clerk, laborer and cab driver. After his fathers' death four years later, Artie quit his Port of Newark longshoreman's' job to play his first gig at New York's Improv in Hell's Kitchen. Gaining steadying success Artie pursued sketch comedy, helping to create the popular improvisation group, "Live On Tape". Doing improvisation landed Artie his major break. He was cast as an original member of Fox's MADtv (1995) in 1995. Hollywood success would bring down the comic with substance abuse and a possession for cocaine arrest. Mad TV fired him in 1997. After rehab, depression and a 40-pound weight gain, Lange found himself out of work until Saturday Night Live (1975)comedian Norm MacDonald remembered him. Lange played MacDonald's sidekick in both Dirty Work (1998) and ABC's Norm (1999). As a guest during a promotional tour with MacDonald,Howard Stern first heard and liked Lange. Years before, Artie and his father listened daily to the Howard Stern Show. Artie joined the nationally syndicated The Howard Stern Radio Show (1998)in 2001, bringing impressions and an average guy prospective to the radio and E network shows. However, his troubled past re-emerged through his years on the Stern show and Artie had fights with various staff members and splits with the show on several occasions up until his suicide attempt in 2010 when he left the show for good. Artie spent 7 months in a rehab center in Florida and emerged stating that he was finally clean and sober. Artie returned to radio in 2011 when, along with his friend Nick DiPaolo, they inked 3-year deals for a nationally syndicated radio show on Fox Sports. The show is called "The Nick and Artie Show".

I Am Santa Claus

Artie Lange: The Stench of Failure

Down and Dirty with Jim Norton