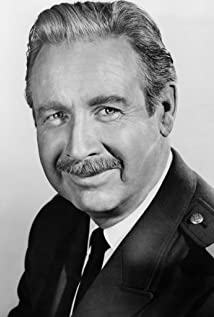 Though stage, screen and TV veteran Arthur O'Connell was born in New York City (on March 29, 1908), he looked as countrified as the American Gothic painting or Mom's home-made apple pie. Looking much more comfy in overalls than he ever could in a tuxedo, he would find an equally comfortable niche in westerns or small town drama while playing an assortment of shady, weak-willed, folksy characters. His trademark mustache, weary-worry countenance and weathered looks often had him portraying characters older than he was.The son of Michael and Julie (Byrne) O'Connell, Arthur attended St. John's High School and College in Brooklyn. He made made his legitimate stage debut in a production of "The Patsy" in 1929, and played in vaudeville as part of an act called "Any Family." He later toured with a number of vaudevillians, including Bert Lahr. In London he played the role of Pepper White in a 1938 production of "Golden Boy." He played the role again over a decade later in New York.In 1940, O'Connell began to find atmospheric bits in a slew of films as pilots, pages, clerks, interns, photographers, ambulance assistants, etc. During this time, he came into contact with Orson Welles and his Mercury Theatre. As such, he was given the small role of a reporter in the final scenes of Citizen Kane (1941). While serving in the U.S. Army (1941-1945) during World War II, he performed and directed several plays and revues. One of his performances was presented before President Franklin D. Roosevelt and Queen Wilhelmina. Making little leeway in films once his military duty was over, O'Connell returned to the New York and, during the 1948-1949 season, toured with the Margaret Webster Shakepeare Company portraying Polonius in "Hamlet" and Banquo in "Macbeth." Following standard roles in such plays as "How Long Till Summer," "Child of the Morning" and Anna Christie," the actor finally hit pay dirt as meek bachelor/storekeeper Howard Bevans in William Inge's Pulitzer Prize-winning play "Picnic" which opened on Broadway in 1953.As for film work, O'Connell returned to it in 1948 after a six-year absence, but could still find very little beyond uncredited bits. It wasn't until he was given the opportunity to transfer his popular Broadway stage role in "Picnic" to film that he found his big cinematic break. Directed by Joshua Logan, Picnic (1955) went on to win two Oscars and O'Connell himself was the only actor in the film nominated (for supporting actor). Thereafter, he was able to focus playing flawed gents on film and TV. Showier character movie roles in The Man in the Gray Flannel Suit (1956), The Proud Ones (1956), The Solid Gold Cadillac (1956), Bus Stop (1956), April Love (1957), Man of the West (1958) and Gidget (1959) followed, which led to a standout part as the alcoholic, rumple-suited mentor of defense attorney James Stewart in the award-winning courtroom drama Anatomy of a Murder (1959), for which he received a second "supporting actor" Oscar-nomination.Whether warm, helpful and wise or sly, impish and crafty, O'Connell remained a steady camera presence for the rest of his career. Later films included Hound-Dog Man (1959), Cimarron (1960), Pocketful of Miracles (1961), Kissin' Cousins (1964), 7 Faces of Dr. Lao (1964), Your Cheatin' Heart (1964), The Great Race (1965), Fantastic Voyage (1966), There Was a Crooked Man... (1970), The Poseidon Adventure (1972), Huckleberry Finn (1974) and The Hiding Place (1975). On TV he played urban and rustic rascals, both comedic and dramatic, on a number of regular series in the 1960s and 1970s -- "Zane Grey Theatre," "Alcoa Theatre," "The F.B.I.," "Petticoat Junction," "Wagon Train," "The Big Valley," "The Wild Wild West," "Ironside," "Room 222," "The Name of the Game," "McCloud," "The Jimmy Stewart Show," "The New Perry Mason Show" and "Emergency!" He co-starred with younger Monte Markham, playing his "son" in the short-lived, time-suspended sitcom The Second Hundred Years (1967).Married once (no children) to Anne Hall Dunlop (1962-1971), Arthur was forced to curtail his work load in the mid 70's to commercials as the insidious progression of Alzheimer's began to creep in. He eventually had to enter the Motion Picture and Television Country Home in Woodland Hills, California. He died there on May 18, 1981, aged 73.

There Was a Crooked Man...

Suppose They Gave a War and Nobody Came?