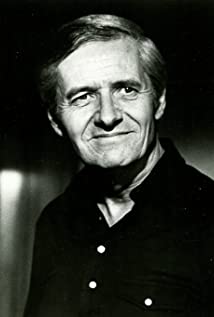 Canadian-born actor Arthur Hill was raised in the Saskatchewan town of Melfort. The son of a lawyer, he served with the Royal Canadian Air Force during WWII before receiving his college education at the University of British Columbia. Intending on following in his father's footsteps in the field of law, he supported himself in school with a job doing radio theatre with the Canadian Broadcasting Co.Continuing to pursue his interest in acting for a time in Seattle, he married fellow actress Peggy Hassard and subsequently made a major move in 1948, at age 26, to England where he slowly built up a fine, steadfast theatre reputation for himself along with occasional radio, film and TV roles. Making his London stage debut with "Home of the Brave" in 1948, he achieved major attention playing Cornelius Hackl in the Thornton Wilder classic "The Matchmaker," a role he took successfully to Broadway. Other important work on stage included "Man and Superman" (1951) and "Look Homeward Angel (1957). In 1962, he, Uta Hagen, George Grizzard and Melinda Dillon bowled over Broadway audiences as the vitriolic foursome in Edward Albee's towering drama "Who's Afraid of Virginia Woolf?". Hill won both the Tony and New York Drama Critics awards for his role as George, the weary, broken and thoroughly browbeaten husband of Hagen's emasculating Martha.This choice opportunity led to stable work in Hollywood films in the 1960s with stalwart support roles in The Ugly American (1963), Harper (1966), Rabbit, Run (1970) and The Andromeda Strain (1971). This, in turn, led to an abundance of TV work in the 1970s where Hill found a comfortable white-collar niche as mild-mannered, gray-haired professionals and an occasional shady villain. He earned star status with his own series Owen Marshall, Counselor at Law (1971), and in such quality mini-movies as Death Be Not Proud (1975) and Judge Horton and the Scottsboro Boys (1976), among others. He retired in the 1990s and later was suffered from Alzheimer's disease. He died at an assisted-living facility in Pacific Palisades, California. At the time of his death on October 23, 2006, he was survived by his second wife, Anne-Sophie Taraba (his first wife Peggy died in 1998 also of Alzheimer's complications) and son Douglas.

Perry Mason: The Case of the Notorious Nun

Something Wicked This Way Comes

The Return of Frank Cannon