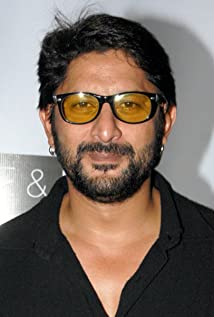 Arshad Warsi was born on April 19, 1968 in Mumbai, Maharashtra, and did his schooling at a boarding school, Barnes School, Deolali in Nashik district, Maharashtra. He was orphaned at the age of 14 and struggled for a living in Mumbai during his early days. He is an actor, dancer, film producer, television personality, choreographer and playback singer.Financial circumstances forced Warsi to start work as a door-to-door cosmetics salesman at age 17. Later he worked in a photo lab. Meanwhile, he had a keen interest in dancing and received an offer to join Akbar Sami's Dance group in Mumbai, which started his dancing and choreographing career. He also assisted Mahesh Bhatt in Thikana (1987) and Kaash (1987). Then in 1991, he won the Indian dance competition, followed by the fourth prize in the Modern Jazz category in 1992 World Dance championship, London, at the age of 21. Soon, he started his own dance studio, 'Awesome' with that money and also formed a dance troupe. It was here, his future wife, Maria Goretti, a St. Andrew's College student joined him, before she became a VJ. He was also associated with English theater group in Mumbai, choreographing shows for Bharat Dabholkar and got an opportunity to choreograph the title track for the film, Roop Ki Rani Choron Ka Raja (1993). He made his screen debut with the 1996-film Tere Mere Sapne where he starred opposite Simran & Chandrachur Singh.

Asur: Welcome to Your Dark Side

The Legend of Michael Mishra