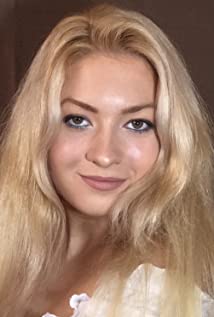 Arnika Eliése Paske is an Australian actress/country music/folk singer who was born in Queensland, Australia. Arnika is of Celtic Irish, Welsh descent on her grandfather's side and of Swiss, Bavarian, German, Prussian descent on her grandmother's side. On her Celtic grandfather's side, she is a 6th generation Australian whose great grandfather's name is listed at the Australian War Memorial for serving as a Light Horseman during the Gallipoli campaign in the First World War. On her grandmother's Germanic side, she is a 2nd generation Germanic/Australian. Arnika has travelled extensively around Outback Queensland, the Northern Territory and Western Australia. Arnika's mother grew up in one of Australia's wealthiest gold mining towns in the Northern Territory (a rough and tumble, lawless place, a lot like the Wild West of America in the 1800's), she is an ex Rodeo Queen, model and a professional Australian country music singer whose music is played on American country music radio stations. Arnika learnt to sing & play guitar from her mother at a very early age. She has no memory of her father as he abandoned her mother when she was only a few months old. Arnika and her mother had to literally sing for their supper. But, being an Outback Australian girl, accomplished horsewoman, ex Australian Rodeo Queen and model, Arnika's mother was above all else a 'survivor'. Arnika loved all the travelling and seeing all of Australia's amazing and vast Outback regions - roughing it in the Outback was fun for Arnika and her mother. Getting paid for performing was never like working at all because she loved the music and it always gave her great joy in life. While some would say it was a hard life, it never felt like it. It was always fun. During the years of touring with her mother, she learnt to survive and met some real Australian bush characters and saw so many beautiful Outback places off the beaten track. Arnika always wanted to be an actress from an early age. Her mother saw great potential in her over the years, so scraped together the money for acting lessons with one of the best acting schools in Australia. As a result, Arnika has been taught by some the industry's best. Arnika is also a sharp shooter with a shotgun, a marksman at archery, has done Karate, Thai Kick Boxing and Jiu Jitsu. Her mother always instilled in her the importance of self defence. Arnika is also an animal lover - animals and nature have always given her great joy in life. She also enjoys the history of old film making techniques and is a history buff when it comes to the old Silver Screen era of Hollywood. Because a family member used to own a block of land at a remote place in South Australia called Terowie, she became fascinated about an old Terowie local who was Australia's earliest pioneering Hollywood star. His name was J P McGowan and he was later known as the 'Railroad Man' in Hollywood long before Errol Flynn had ever thought of going to Hollywood. J P McGowan's story of a young man from the Outback going to Hollywood really inspired Arnika...she always knew if he could do it, she could too. The Young Rock television series is Arnika's first breakout screen appearance...but keep an eye out, at only 16, this young lady's screen future is looking very bright.