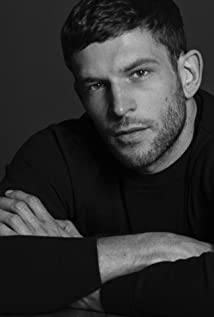 Arnaud Valois studied acting at Cours Florent. He got discovered in Charlie Says by Nicole Garcia where he played one of the lead roles alongside Jean-Pierre Bacri , Vincent Lindon and Benoît Magimel. He went on to play in Cliente by Josiane Balasko and Girl on the Train by André Techine. After a few year break from acting, he's back on the silver screen in 2017 in 120 BPM by Robin Campillo in which he plays Nathan, the main character, alongside Nahuel Perez Biscayart and Adèle Haenel.After traveling the world for an intensive 9 months, promoting Campillo's film, BPM - for which Arnaud Valois won Best Actor newcomer at the Lumieres Awards 2018 and was nominated for Best Actor newcomer at the Cesar 2018 - Arnaud landed new roles in two French movies by critically acclaimed directors (the first one, Mon Bébé by Lisa Azuelos (co-starring Sandrine Kiberlain and Yvan Attal) and the second one, Si Demain by Fabienne Godet (co-starring Julie Moulier and Lucie Debay)). 2018 also marks the beginning of a career abroad with the filming of Paradise Hills by Alice Waddinton, where Arnaud plays alongside Milla Jovovich and Emma Roberts. All three movies are scheduled to be released in 2019.