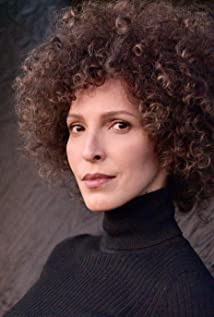 Arlette Torres is an actress, model and producer. She was born in Caracas to a Martinican mother, Arlette Danglades, and a Venezuelan father, José Torres, an actor. From an early age, Torres found herself immersed in the country's artistic scene. She began her professional work playing theatre for kids and as a storyteller.Torres graduated from the Universidad Central de Venezuela with a degree in Journalism. In 2002, Torres graduated from Venezuela's National Theatre Company's Acting Program, where she learned the art of physical theatre. In 2005, she moved to Spain, where she took Film Interpretation Courses at the Instituto del Cine in Madrid.She has continued her training in theatre and in "acting for the camera" workshops with prestigious mentors as John Strasberg, Fernando Colomo, Denise Despeyroux, Beto Benites, Jose Sanchis Sinisterra, Rosa Estevez, Will Keen, Fernando Piernas, Diana Peñalver, Tazmin Townsend, Tapa Sudana, Carlos Cueva, Piotr Borowski, among others.She has enjoyed a diverse film, theatre and TV career in Europe and Latin America collaborating with international directors such as Tim Miller, Fernando Colomo, FinaTorres, Fernando González Molina, Alejandro Bellame, Gustavo Rondón Córdova or Miguel Ferrari.Thanks to her role in Margarita Cadenas' film Cenizas eternas (2011), Torres was nominated as Best Supporting Actress at the Venezuelan Film Festival in 2012. In 2014, she presided over the Official Jury at the Huelva Iberoamerican Film Festival.She resides in Spain and is also a Hatha Yoga instructor. She speaks Spanish, English, Italian and French.

The Legacy of the Bones