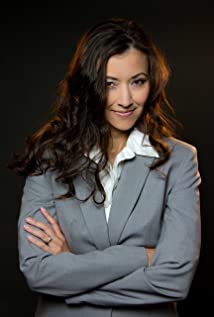 Arlene Barshinger was born in Virginia to a military couple in August of 1971. She is half Korean (mother) and half German (father). Though her father is of German decent, he was raised in the northeast, just like his parents before him.She is a photographer, radio personality, model, writer, actress and producer. She began her career as a photographer back in high school, working for the local newspaper and on the yearbook staff at her high school.Her middle child, a son, took an interest in acting and film making at the age of 10. She took him to a talent agent (Beverly Brock) who ultimately talked her into acting as well. She signed up with The Brock Agency along with her son. However, it was not until the beginning of 2012 that she jumped into the world of acting. She mostly stayed behind the scenes prior to 2012, helping her son to pursue his dreams.In mid-2012, she was invited to be an entertainment reporter for a Blog Talk Radio show. Within a few short weeks, Arlene was given the opportunity to start her own show called N the Queue.. Two weeks later, her show had become so popular, that she brought on a partner/co-host, Mark A Johnston. She has been an on screen host for a locally produced show Arts in Action which airs on public access network across Northern California. She is also a spokes person for Sacfaddy.com which promotes events and businesses in the Sacramento area.Arlene was in the April 26th, 2013 issue of People Magazines Most Beautiful issue. She was selected as a finalist in People's second year of their nationwide search for natural beauties at every age. She's produced, line produced, acted and most recently started working as assistant director on several projects.At the end of 2016, Arlene partnered up with Ron Santiano-founder and partner-of the production company Redcape Cinema based out of Burbank, California.