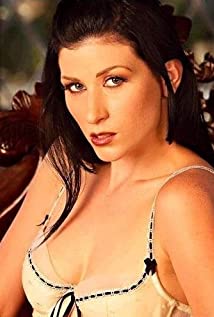 Sexy and slender brunette Ariel X. was born Crystal Tracy on May 15, 1980 in Granada Hills, California. She's of mixed Irish, Polish, and Russian descent. Ariel grew up in a Mormon household with five brothers and two sisters and lost her virginity at age 20. A great student in grade school, Ariel received a scholarship for college, where she studied business marketing and got an AA. She started out in the adult entertainment industry as an amateur fetish model in 2003. In 2006 Ariel's career took off after landing Exotic Star Models as an agent; she has not only modeled for such major companies as Playboy, Hustler, and Red Light District, but also eventually signed up with the top agency LA Direct Models. Moreover, Ariel began performing in explicit hardcore fare in 2004 and started wrestling for various adult XXX wrestling companies in 2006 (she won the Season 6 Championship for Kink.com's Ultimate Surrender in September, 2009). She has appeared as herself on "Howard Stern on Demand," the dating show "The Fifth Wheel," and the Playboy reality TV program "Foursome." In addition, Ariel has hosted the weekly series "Relax, It's Just a Fetish." In November, 2010 Ariel entered into the Merchant Services, where she works as a reseller setting up high risk and adult Merchant Accounts. She works out at least four times a week and continues to perform in adult films.