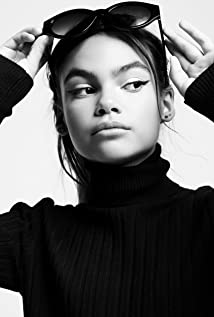 Born in New York, Ariana Greenblatt is an American actress. Only five years into her career, Ariana Greenblatt is one of the busiest young actresses in Hollywood, having already been named one to watch on THR's 2019 Young Hollywood list. She is poised to breakout this summer with her turn as 'Julia' in Disney+'s upcoming adaptation of the New York Times best-selling and Newbury Award winning novel, "The One and Only Ivan," and her five movies that follow. She and a live action Bryan Cranston join a prolific voice cast featuring Helen Mirren, Danny DeVito and Sam Rockwell in the Angelina Jolie produced family film out on August 21st about a gorilla trying to escape his mall circus captivity.Ariana began acting professionally at age 6 in 2014, with early roles on Disney's "Liv and Maddie" and Nickelodeon's "Duda Brothers." She then quickly gained fame for her three seasons of work as 'Daphne Diaz,' the youngest child in a family of seven siblings on Disney's hit series "Stuck in the Middle." Continuing her relationship with Disney, she made it to the finals of ABC's inaugural season of "Dancing with the Stars Juniors" in the Fall of 2018.In film, Ariana is best known for stealing the show as 'Young Gamora' in 2018's biggest film, "Avengers: Infinity War" and making her mark in her motion picture debut as Jay Hernandez's precocious daughter 'Lori' in STX's "Bad Moms Christmas" in 2017. She most recently voice acted the role of 'Velma' in Warner Brothers' PVOD hit, "Scoob" this past May.Later this year she and Gina Rodriguez will star in Netflix's sci-fi thriller "Awake" but come this October 16th she will be staring opposite Dylan O'Brien and Michael Rooker in Paramount's "Love and Monsters," and in 2021 in Warner Brothers' "In the Heights," and yet still two to be announced DreamWorks projects. She will soon begin production in a starring role in her second Netflix film. With over 1.4 million followers on social media, her very passionate fan base continues to support her and watch her continuous growth as a rising star.