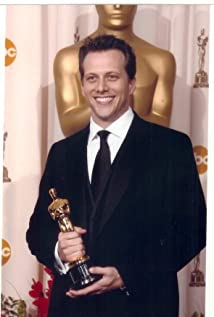 Ari Devon Sandel was born in Los Angeles and grew up in Calabasas and Tarzana, California. He went to Taft High School for a year and then graduated from Calabasas High. He studied Media Arts at the University of Arizona in Tucson where he also received a special certificate in Middle Eastern Studies.Ari started his professional career in entertainment in 1999, creating and hosting the comedic TV segment, The Traveler, for the FX Channel's, The X Show where he traveled the globe, offering a tongue-in-cheek view of the world's unknown hot spots for the young and hip.Earning a Master's Degree in film from the University of Southern California in 2005, Ari directed and co-wrote the short film, West Bank Story, which won an Academy Award in 2007. His documentary, Vince Vaughn's Wild West Comedy Show, was his feature documentary directorial debut which premiered at the Toronto International Film Festival and was released nationwide in theatres in 2008. Ari then went on to direct Aim High 2, an action-comedy starring Jackson Rathbone and Aimee Teegarden, for Warner Bros Digital. In 2015, he directed the hit high school comedy, The D.U.F.F., for CBS Films which was nominated for a People's Choice Award and 5 Teen Choice Awards. Ari recently completed a romantic comedy for Netflix starring Adam Devine entitled, When We First Met which is set to premier in 2018 and he is currently attached to direct a franchise launch of Universal's Monster High based on the billion-dollar toy line from Mattel.Ari is represented by WME and Principatto Young and is a member of the Academy of Motion Pictures of Arts and Sciences. Ari is also repped by the Harry Walker Agency as a public speaker and speaks globally about filmmaking and how to tackle controversial subjects through comedy.Between projects, Ari is an adjunct professor at U.S.C's School of Cinematic Arts teaching a Graduate level course on how to navigate the film business.