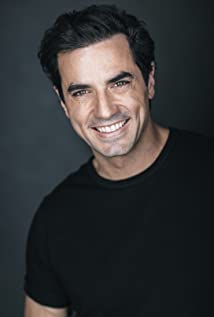 Antonio Cupo was born in Vancouver, Canada and spent his early years honing his acting skills on the stages of community theaters. His Latin roots gave him a on-screen charisma that did not go unrecognized as he was was hired by fashion moguls Calvin Klein and Salvatore Ferragamo. For a couple years he lived and worked in fashion from Milan, Italy to Seoul, South Korea. With interests in human psychology, he enrolled at the University of British Columbia and began his career as an actor. He later shared his time with Los Angeles and landed roles on many television networks from Showtime to CBS, working with elite producers including Steven Spielberg and James Cameron. He later starred in an Italian TV series called Elisa Di Rivombrosa which was known as the most watched TV series in the history of Italian television. Antonio also had the opportunity to work along side Academy Award winners, Penelope Cruz in Elegy, and F. Murray Abraham in 3 films, Carnera The Walking Mountain, Barbarossa and September 11 1683. His stint in Italy concluded with a 135 date tour as Prince Charming in the Rogers and Hammerstein's musical, Cinderella and shooting the world campaign for Rolex with award winning film director Joe Carnahan (The Grey). Antonio moved back to North America to star in TV series' Bomb Girls alongside Meg Tilly and ICE with Donald Sutherland. In 2018 he co-starred in CBS/Amazon Prime series called Blood and Treasure. He lives in Los Angeles, California.

Love Under the Olive Tree

It Happened In L.A.

The Music in Me