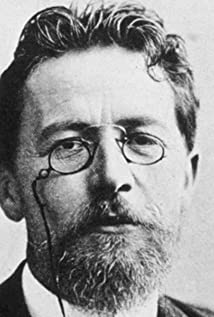 Anton Pavlovich Chekhov was born in 1860, the third of six children to a family of a grocer, in Taganrog, Russia, a southern seaport and resort on the Azov Sea. His father, a 3rd-rank Member of the Merchant's Guild, was a religious fanatic and a tyrant who used his children as slaves. Young Chekhov was a part-time assistant in his father's business and also a singer in a church choir. At age 15, he was abandoned by his bankrupt father and lived alone for 3 years while finishing the Classical Gymnazium in Taganrog. Chekhov obtained a scholarship at the Moscow University Medical School in 1879, from which he graduated in 1884 as a Medical Doctor. He practiced general medicine for about ten years.While a student, Chekhov published numerous short stories and humorous sketches under a pseudonym. He reserved his real name for serious medical publications, saying "medicine is my wife; literature - a mistress." While a doctor, he kept writing and had success with his first books, and his first play "Ivanov." He gradually decreased his medical practice in favor of writing. Chekhov created his own style based on objectivity, brevity, originality, and compassion. It was different from the mainstream Russian literature's scrupulous analytical depiction of "heroes." Chekhov used a delicate fabric of hints, subtle nuances in dialogs, and precise details. He described his original style as an "objective manner of writing." He avoided stereotyping and instructive political messages in favor of cool comic irony. Praised by writers Lev Tolstoy and Nikolai Leskov, he was awarded the Pushkin Prize from the Russian Academy of Sciences in 1888.In 1890, Chekhov made a lengthy journey to Siberia and to the remote prison-island of Sakhalin. There, he surveyed thousands of convicts and conducted research for a dissertation about the life of prisoners. His research grew bigger than a dissertation, and in 1894, he published a detailed social-analytical essay on the Russian penitentiary system in Siberia and the Far East, titled "Island of Sakhalin." Chekhov's valuable research was later used and quoted by Aleksandr Solzhenitsyn in his "Gulag Archipelago." In 1897-1899, Chekhov returned to his medical practice in order to stop the epidemic of cholera.Chekhov developed special relationship with Stanislavsky and Vladimir Nemirovich-Danchenko at the Moscow Art Theater. He emerged as a mature playwright who influenced the modern theater. In the plays "Uncle Vanya," "Three Sisters," "Seagull," and "Cherry Orchard," he mastered the use of understatement, anticlimax, and implied emotion. The leading actress of the Moscow Art Theater, Olga Knipper-Chekhova, became his wife. In 1898, Chekhov moved to his Mediterranean-style home at the Black Sea resort of Yalta in the Crimea. There he was visited by writers Lev Tolstoy, Maxim Gorky, Ivan Bunin, and artists Konstantin Korovin and Isaac Levitan.