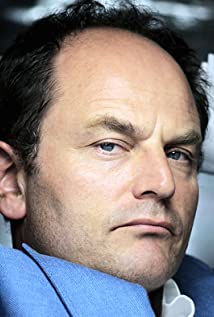 It has been said that Anthony inherited an old 16mm Bolex from his Scottish grandfather and shot his first film in a graveyard in Chiswick London at the age of 11; he still keeps it proudly today. After graduating in Art and Design he moved to Paris (his mother is French) to study Theatre with, among others, Maurice Sarrazin, Maurice Benichou and Grotowsky. He started working as a film director at the tender age of 20 with a documentary on his travels through Tibet along with photographer Richard Lohr, "Island in the Sky", was produced by Channel Four, winning various prizes including the Times Documentary of the year award. From 1993 until the year 2000 he continued his career making documentaries such as "Justice" and "Take me to the moon" and music videos for David Byrne, Frankie Goes to Hollywood, Herbie Hancock and other important artists. He creates the Theatre company Panam'Art with the actors Vincent Cassel and Olivier Mayer, directing Cassel in the groundbreaking "Le Pointeur" which will inspire them to work together and write together "Shabbat Night Fever" and "Boulevard du Crime". He was also cast for the lead role in Bad Science by Arnold Barkus (Edinburgh Festival) and acted with Suzan-Lori Parks in "The American Play" at the Theatre Nanterre-Amandiers. From 2000 onwards he directed commercials among which, spots for Lancia Ypsilon and even a unique work for the "Institut du Monde Arabe" in Paris. He has also written and directed some remarkable shorts such as "Un Dimanche sans Ailes" with Vincent Cassel, "Halt!" distributed by MK2 theatrically with the movie "Hate" (Mathieu Kassovitz) across France and "The Ant", distributed for Cinema and DVD by Lazennec/DVD Pocket. He has also successfully worked as a screenwriter collaborating with Indian director Pan Nalin for his Documentary movie "Devadasi" on sacred prostitutes in India, co-produced by the BBC, France 2 and Canal Plus and internationally distributed. In 2005 he founded, along with his partner Francesca Prandi, the British production company "Alphapictures Ltd." to develop and produce international popular art house movies. Alphapictures's slate of projects include "The Champions", "Volcano" as Director. More recently, for cinema he has acted in: La Verità sta in Cielo (as the infamous Roberto Calvi) - Director Roberto Faenza (Jean Vigo/Rai ©), La Musica del Silenzio - director Michael Radford, Walking to Paris directed by Peter Greenaway, Il diario di Spezie by Massimo Donati and for TV: Devils directed by Nick Hurran for Sky/Luxe Vide, Ostia Criminale - Rai and Luna Park for Netflix/Fandango.

The Music of Silence