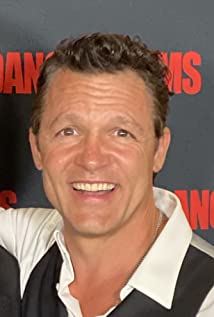 Anthony Molinari was born in Worcester, Massachusetts to his wonderful parents, William and Joyce, alongside his brother, Billy, and sister, Christina. Playing sports his whole life, Anthony is an all-around athlete and captained his high school and college football teams. He earned his degree in Sociology and Education from Bowdoin College in Brunswick, Maine. After graduating, he began teaching early elementary education, where he was inspired by one of his students to follow his passion of becoming a stuntman. Soon after, he moved to Hollywood to pursue the entertainment business.Over the last 10 years, Molinari has performed as a stunt coordinator and stuntman in over 100 different television shows and feature films. In 2005, Anthony played a key role in the Emmy Award winning TV show E-Ring, which won an Emmy for Outstanding Stunt Coordination for the episode "Snatch and Grab". In 2010, Anthony earned a Screen Actors Guild Award for Outstanding Performance by a Stunt Ensemble in a Motion Picture as part of the Star Trek stunt crew and received two Taurus World Stunt Award nominations in the categories, "Hardest Hit" and "Best High Work". Being an outstanding stunt performer, Anthony has stunt doubled for Mark Ruffalo, George Clooney, Jeremy Renner, and many more talented actors.