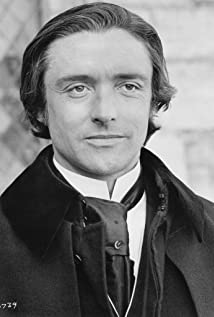 Higgins was born May 9, 1947 in East Northamptonshire, England to parents who had emigrated from Ireland just before World War II in search of economic opportunity. His parents lived in London during the Blitz. Eventually, they left London for Northamptonshire so that his father could obtain work as a builder for American army bases. Young Anthony completed his studies at a state school and then intended to be a journalist. He worked as a butcher in Bedford and then as a "navvy," a builder's helper, in the small town of Grendon, near Northampton. At the age of 16, he obtained a job on a local paper but, by law, he had to be over 17 before he could work so he spent the time learning shorthand and typing. Then, a friend took him to a weekend drama course run by the distinguished Shavian actress, Margaretta Scott. She encouraged him to consider a career as an actor. He said, "It felt right so I decided to pursue it." Higgins won a scholarship to the Birmingham School of Speech and Dramatic Arts in 1964 and studied there for three years. He made his first professional appearance at the Birmingham Repertory Theater Company in Shakespeare's "A Winter's Tale" as a walk-on while still at school. He then joined the company full time and was assigned principal roles nearly at once. His portrayal of Romeo, opposite Anna Calder-Marshall as Juliet, received rave reviews throughout England. He also played Cassio in "Othello," and Louis Debedat in "The Doctor's Dilemma." He then worked onstage in classics and contemporary plays in Chichester and London. However, it was a theatrical portrayal of Edmund Tyrone in Eugene O'Neill's, "A Long Day's Journey Into Night" in Birmingham that led to Higgins' cinema debut for director John Huston under the name, Anthony Corlan, (his mother's maiden name), in "A Walk with Love and Death" (1969). The film takes place during Europe's 100 Years War and was shot in Vienna and the Vienna Woods. The film is notable for the debut of Huston's daughter, Angelica. Corlan plays Robert, a nobleman, wearing authentic looking armor. It was Huston who taught him how to ride horses. Higgins rides with style in many subsequent films. Later, he would own a racehorse in Ireland.After appearing in "A Walk with Love and Death," the actor was in several television plays for the BBC, including an original drama, "The Blood of the Lamb," for "The Wednesday Play" and "Mary, Queen of Scots" for "Play of the Month." He then made two films for television, one an episode of "Journey to the Unknown" with Janice Rule, and the other, a segment of "Strange Report," with Anthony Quayle. His next feature film role was in "Something for Everyone," also known as "The Cook," (1970), after auditioning for director Hal Prince and producer John Flaxman in London. This was stage director Prince's first flirtation with film, with a script by Hugh Wheeler, author of "Sweeney Todd." Higgins plays a quiet, sheltered young German royal, Helmuth, with Angela Lansbury as his mother. Helmut is forced into an arranged marriage with Annaliese, played by German actress, Heidelinde Weis. He discovers the darker motives that lurk beneath Michael York's gleaming blonde appearance against brilliant cinematography in the shadow of King Ludwig's Castle, in Neuschwanstein, Germany. In 1972, Higgins acted in "Vampire Circus" as a circus performer who changes into a panther-vampire. The film has become a cult classic. It was banned in Britain (because of its bestiality). The actor has said that it is the last of the great vampire films produced under the Hammer banner. There is a badly edited version for sale in the United States; an uncut edition has been seen in Europe that is much clearer. "Flavia, the Moslem Nun," (1974), with Brazilian born Florinda Bolkan, gave Higgins an opportunity to work in Italy. The DVD is a great piece of cinema history rescued by high technology and enhanced by a recent interview with Ms. Bolkan, who became an international screen legend in her own time. The story is derived from actual events in the 1400s that culminated in "The Martyrdom of the 800" in Otranto. The exotic soundtrack is by Academy Award winning composer, Nicola Piovani ("Life is Beautiful"). If one can get past the explicit physical mutilation of animals and humans and the insults to the Catholic Church, the script can be seen as supportive of feminism. Director Gianfranco Mingozzi's vision is representative of the wild cinema of the sexual revolution of the 70s in which auteurs were bursting to break free from the establishment. "Flavia" has haunting performances by Bolkan, Maria Casares, (the princess in Cocteau's "Orpheus") and Higgins. He is dazzling as the Moslem commander with no name who initiates Flavia as a sexual being, encourages her to carry out a bloody revenge and then disillusions her. That Higgins does not speak much is of no consequence. He communicates some of his best acting with movements and facial expressions, particularly, wi