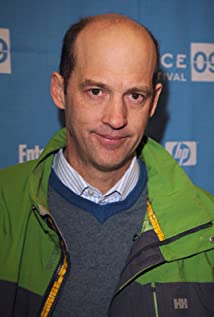 Anthony Edwards was born in Santa Barbara, California, on July 19, 1962, to a well-blended family. He is the youngest of five children, and the son of Erika Kem (Weber), a landscape painter and artist, and Peter Edwards, an architect. His mother was of German descent, and his father was of English, Irish, Scottish, and Spanish-Mexican ancestry.Edwards's parents encouraged him to act at age 16, which eventually led him to attending a summer workshop in London before graduating from high school. Returning to the United States, Edwards worked in commercials, jobs that helped him pay his education at The University of Southern California, where he studied acting. However, he dropped out of college and, in that same year, he had a small role in the movie Fast Times at Ridgemont High (1982), starring Sean Penn. The movie was a box office smash and Edwards was looking forward to doing more films. His first movie role was that of teen-aged "John Muldowney" in Heart Like a Wheel (1983) and his first starring role as nerdy "Gilbert Lowell", in Revenge of the Nerds (1984).Edwards didn't need to worry about being typecast as a socially-challenged loser. After starring in The Sure Thing (1985) and Gotcha! (1985), he landed another big-time successful movie Top Gun (1986), in which he played Tom Cruise's ill-fated easy-going navigator/best friend, Lt. Nick "Goose" Bradshaw. As Cruise rode Top Gun (1986) into the Hollywood stratosphere, Edwards also found his flight to stardom, at the same time. After Top Gun (1986), he reprised his role as Gilbert in the movie Revenge of the Nerds II: Nerds in Paradise (1987), before he starred in Summer Heat (1987). He also starred in Mr. North (1988), and Miracle Mile (1988), although they weren't too successful.Edwards began working in TV movies and continued to star in more box office movies such as Hawks (1988), How I Got Into College (1989), Downtown (1990), Pet Sematary II (1992), Landslide (1992) and Delta Heat (1992). The '90s won Edwards his best reviews for his recurring role of the quirky "bubble man" Mike Monroe on the popular television series Northern Exposure (1990). He was nominated for a Cable Ace Award in HBO's Sexual Healing (1993), and the following year, he starred in Charlie's Ghost Story (1995), before he played law clerk "Clint Von Hooser" in the John Grisham movie The Client (1994). This led to his most prominent role, as easy-going charismatic physician "Dr. Mark Greene" on the very popular TV series ER (1994).For his work on ER (1994), he was nominated for an Emmy Award four times For Outstanding Lead Actor in a Drama Series, but has never won. However, he has won a Golden Globe Award For Best Performance by an Actor-in-a-TV-Series, and was nominated four times, and also has two Screen Actor's Guild Awards. Prior to playing Dr. Greene, he also played bank breaker turned cold-blooded killer, "Dick Hickock" in the TV movie remake of Truman Capote's In Cold Blood (1996), which was the best TV movie of the 1996-97 season. During Edwards' hiatus on ER (1994), he went back to the box office circuit to star and to produce the movie Don't Go Breaking My Heart (1999), a complex movie which wasn't a big hit. Edwards, once again, returned to the set of ER (1994), and this time, he signed up for a salary that almost no actor could be paid, so his decision was to stay on the show for 3 more years and possibly to save the money in order to spend a lot of family time and to work on directing later.His first big roles after ER (1994) were that of "Brains" in the movie Thunderbirds (2004), and as "Jim Paretta" in The Forgotten (2004). In the many years that he starred on ER (1994), that show gave him more success in working on and off the set. Also, it gave him a spiritual blessing that so many popular actors have had over the years.