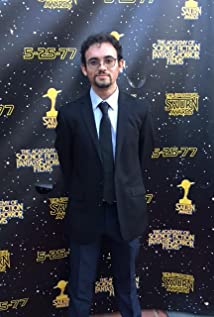 Ansel Faraj is an award-winning independent director, screenwriter, and producer.An LA kid growing up minutes from Venice Beach - he decided at the age of 6 to be a film director, and has thus spent the past 21 years working steadily toward that goal. With no connections to the film industry, he spent his formative years studying the films screened on Turner Classic Movies; and watching Dark Shadows reruns on SciFi Channel, which instilled in him a great love of the occult and the macabre. He is a fully self taught filmmaker - making his own productions - first on mini-VHS tapes with his Universal Monsters action figures, and later with friends from school, learning and honing his craft with each production.Supported by his family and a talented repertory company of actors, he has directed eight feature films and countless short subjects, operating on a budget of chewing gum, shoestring, and sheer determination.He first gained attention with his revisionist Doctor Mabuse films, the first of which premiered in limited theatrical release in May 2013, with its follow up feature releasing the following year.In 2014, he wrote and directed a 6-part anthology series Theatre Fantastique, featuring Sally Kirkland, Christopher Pennock, Lisa Blake Richards, Jerry Lacy, and Lara Parker. In 2017, he directed a second season - the complete series was later released to DVD by Alpha New Cinema. The series introduced eccentric characters such as the Murderous Mahones and Madame LaSoeur.In 2015, his Lovecraft Noir feature film The Last Case of August T. Harrison, starring Jerry Lacy and Nathan Wilson, made the rounds at film festivals across the country.Between 2015-2017, he worked on The Detective Adam Sera Chronicles, a comic book style serial based upon characters Faraj invented in high school (and explored in an earlier student film trilogy in 2010 with character actor Linden Chiles.) The series takes place in the alternative "Lost Angeles" and followed the fantastical misadventures of disturbed Detective Adam Sera and his friend and superior Lt. Craig Hargroves and the gallery of rogues they face in their dark world.In 2018, his film, Will & Liz: a love story in Venice Beach, starring Nathan Wilson (who co wrote the film with Faraj) and Christine Tucker - was released on Amazon Prime Video.His latest film is Loon Lake, a psychological thriller starring Nathan Wilson and David Selby, shot on location in Minnesota.He intends to explore the worlds of Detective Adam Sera, Madame LaSoeur and Doctor Mabuse in future films. His dream project is his eventual own cinematic adaptation of The Phantom of the Opera, based upon the Gothic novel by Gaston Leroux.