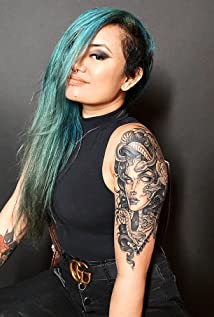 Cruz was born in Stockton, California, to Filipino parents and was raised Catholic. At age 17, she graduated from Brookside Christian High School in the top five of her class, winning three scholarships among her other accolades. She attended Dominican University of California in San Rafael--a Catholic private college--where she studied print journalism. She transferred to San Francisco State University during her sophomore year. In October 2003 she broke into the adult entertainment industry by way of an amateur producer in San Francisco. She was just a month shy of turning 19 at the time, and by March 2004 she finally found her way to Los Angeles.She met husband Steve Crest in June 2004, who proposed to her in October of that year. They married three months later at the Adult Entertainment Expo in Las Vegas for fans and the industry to witness. They divorced less than two years later, however. Since her start in adult entertainment, Annie has co-hosted two different internet radio shows, entered the boxing world by training with one of Laila Ali's (Muhammad Ali's daughter) former trainers and has received award nominations, wins and acknowledgments. Outside of adult, she has worked on independent film projects as well as appearing in music videos and Women's Extreme Wrestling (WEW) on PPV. A skilled stage fighter, Cruz does pro-style wrestling videos.