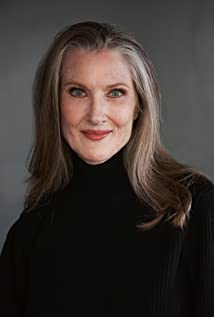 Beautiful red-haired film/stage actress, dancer, writer, singer, producer and composer Annette O'Toole was born on April 1, 1952 in Houston, Texas, to Dorothy Geraldine (Niland) and William West Toole, Jr. She started with acting at a very young age and during the 60s, she began a career in theater and television. Some of the TV shows that she acted in were My Three Sons (1960), Gunsmoke (1955) and The Partridge Family (1970). She also started dancing and singing.Her career on TV also began during the 60s, while work on films was smaller. At the end of the 70s, she made a first leading role in One on One (1977), as Robby Benson's mentor and girlfriend and a supporting role in King of the Gypsies (1978), opposite Eric Roberts and Susan Sarandon. She frequently played leading roles in TV films. At the beginning of the 80s, she played a leading role opposite Gary Busey in the comedy Foolin' Around (1980). From that point on larger parts in well-known motion pictures occurred. She appeared in the horror remake Cat People (1982) with Nastassja Kinski. Her most famous role of the 80s was in Superman III (1983), where she joined a well-known acting crew of "Superman" films, Christopher Reeve, Margot Kidder and also with (also a new member of "Superman" films (a comic relief)) brilliant Richard Pryor.She continued to work on TV films, but none of them were famous as It (1990), based upon Stephen King's novel, opposite John Ritter, Richard Thomas, Tim Reid, Richard Masur and the unforgettable Tim Curry as Pennywise the Clown, aka It.Annette appeared in more films such as On Hope (1994) and Imaginary Crimes (1994) with Harvey Keitel, she still stood tight on TV. When it comes to TV series she is known for the role of Lisa Bridges in Nash Bridges (1996), but she is perhaps known to the wide audience as Martha Kent in Smallville (2001), a series about young Clark Kent/Superman. She also starred in the series The Huntress (2000).Annette has been married to Michael McKean since 1999 and they were both nominated for the Academy Award for Best Song in the film A Mighty Wind (2003). She has two daughters from her previous marriage with Bill Geisslinger.