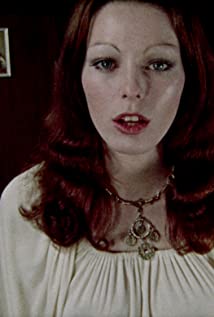 Annette Haven is considered a legend in the porn business and ironically, something of a feminist. She was born Annette Robinson on December 1, 1954 in Las Vegas, Nevada, and raised in a sexually conservative Mormon family. She worked when adult films were still shot on film and not videotape. Before entering adult films, she had worked in a variety of fields: nurse's aide, exotic dancer, massage parlor employee in the San Francisco area. She worked on her first adult film in the mid-1970s.Her regal (and somewhat aloof) bearing got her often cast as an angelic-looking virgin or femme fatale. Not only was she considered one of the best looking women in the industry, she could also act, as evidenced by her adult film best actress award from A Coming of Angels (1977). Her feminist streak seems strange considering the business she was in, but she refused to do scenes that included violence or "money shots".She even turned down a role in the horror movie The Howling (1981) because of its excessive violence. However, she did do a role in the mystery thriller Body Double (1984), proving she could go mainstream. She starred in many adult classics like Barbara Broadcast (1977), 'V': The Hot One (1978) and A Thousand and One Erotic Nights (1982). She retired from adult films in late 1980s, her legendary reputation intact, and resides in Mill Valley, California with her husband.