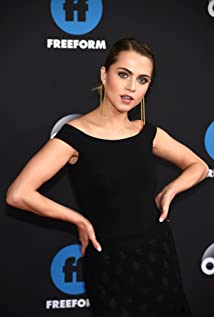 Anne Christine Winters is an actress from Dallas, Texas. At the age of four, Anne performed in her first musical production, and by ten, she sang her first solo to a crowd of over 24,000 at the American Airlines Center. Throughout high school, Anne split her time between Los Angeles and Dallas, appearing in over a dozen national commercials and several independent films.Upon graduating from Prestonwood Christian Academy in Plano, Anne planned on attending Southern Methodist University. However, she made the decision to move to LA and continue her acting career full-time. She subsequently had main roles as Emma Al-Fayeed in FX's acclaimed drama series Tyrant (2014) and as Vicki Roth in ABC's crime drama series Wicked City (2015). She also recurred in the ABC Family/Freeform drama series The Fosters (2013) as Kelsey. Anne's feature film credits include Sand Castles (2014), Pass the Light (2015), The Tribe (2016), and Mom and Dad (2017).

The Bride He Bought Online