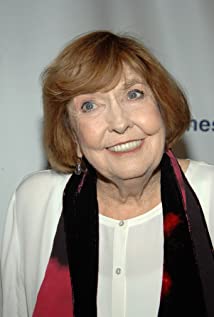 The incredibly gifted comedienne-actress Anne Meara is known for her comedic efforts alongside husband-comedian, Jerry Stiller; together, they were 'Stiller and Meara'; they were original members of the improvisational company, the Compass Players, which later evolved as the Second City Theater. They gained popularity with their skits on The Ed Sullivan Show (1948), but the act dissolved following the demise of variety television. Meara went on to offer her talents to a variety of television roles, notably the Golden Globe-winning Sally Gallagher in Rhoda (1974), and Veronica Rooney, an outspoken Irish cook in the hit sitcom Archie Bunker's Place (1979). In later years, Meara played reoccurring characters in Sex and the City (1998) and The King of Queens (1998).

Sex and the City: A Farewell

What Makes a Family