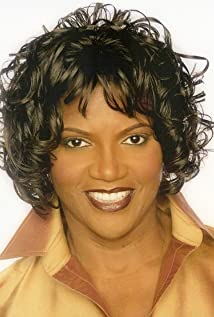 Anna Maria Horsford was born and raised in Harlem, New York. Her parents immigrated to the United States from the island nation Antigua & Barbuda, in the West Indies (then a British colony), during the 1940s. Anna grew up not really feeling American but not West Indian either, just somewhere in between. However, she vacationed in the Caribbean, and this stoked her desire to see the world. After high school she went to Stockholm, Sweden, to attend college.Her mother always knew Anna would be something big because she was very talkative, and kept Anna enrolled in community centers, after-school programs, church events, etc. She auditioned for the New York High School of Performing Arts and was accepted. As she recollects, "My first big break came when I auditioned at the New York Shakespeare Festival."Working in many different aspects of show business has allowed her to venture into areas other than acting, such as directing. She also has an Art Institute in upstate New York. Her father was a Garveyite (following the "back-to-Africa" teachings of Marcus Garvey), journeyed to Africa and lived in Liberia for five years. As Anna said, "He clearly taught us to love being black and not be ashamed of being black. We are all warriors and have to work to do."