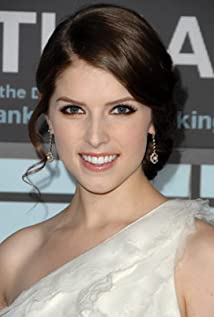 Anna Kendrick was born in Portland, Maine, to Janice (Cooke), an accountant, and William Kendrick, a teacher. She has an older brother, Michael Cooke Kendrick, who has also acted. She is of English, Irish, and Scottish descent.For her role as "Dinah" in "High Society" on Broadway, Anna Kendrick was nominated for a Tony Award (second youngest ever), a Drama Desk Award, and a Fany Award (best actress featured in a musical). Her spectacular performance landed her the Drama League and Theatre World Award.She was a lead performer with Cabaret's Kit Kat Club at "Carnegie Hall Live" in Great Performances: My Favorite Broadway: The Leading Ladies (1999) (TV). She also had the privilege of working with director Scott Ellis and choreographer Susan Stroman at the New York City Opera House with Jeremy Irons amongst many more celebrity status actors, playing the role of "Fredrika" in "A Little Night Music".Anna work-shopped "Jane Eyre" & "The Little Princess" for Broadway and starred in the feature film Camp (2003) with director Todd Graff.

The Day Shall Come