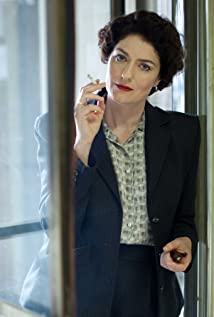 A familiar face on television and film, Anna Chancellor is perhaps best known for her unforgettable role as Henrietta (Duckface) in the hit British film "Four Weddings and a Funeral." Her TV credits include Lix Storm in the Emmy award-winning miniseries "The Hour;" "Fleming: The Man Who Would Be Bond" alongside Dominic Cooper, and in the UK comedy "Pramface." She has also appeared in popular television series such as "Downton Abbey," "Pride and Prejudice," and "Mapp & Lucia." She starred in three Agatha Christie adaptations: "Agatha Christie's Poirot: The Chocolate Box" (1993), "Agatha Christie's Marple: Murder is Easy" (2008) and "Ordeal by Innocence" (2018).

The Importance of Being Oscar

For Love or Money

Love of My Life