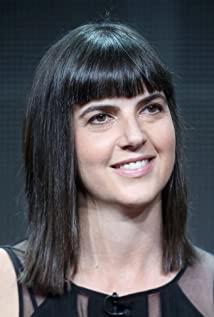 Angie Day is a writer, producer, showrunner, and development consultant whose myriad of credits across genres reflects her ability to tell stories of all kinds in new and inventive ways.In documentary television, she was a showrunner at Alex Gibney's Jigsaw Productions, with credits including HBOMax's Generation Hustle (nominated for Best Anthology Series by Cinema Eye), and AMC's Hip Hop: The Songs that Shook America (nominated by IDA for Best Series). She also developed the true crime mini-series The Preppy Murder for Sundance, and has worked as a story and development consultant for a variety of clients.In scripted content, she worked from concept to presentation to air on Bravo's comedy Odd Mom Out starring Jill Kargman, for which she was a writer and consulting producer. She is also Executive Producing a biopic with Royal Ties and MarVista Entertainment, where she works as a consultant in development and content strategy.Her history of collaboration with talent reflects her love of working with others to bring a vision to life, and whether a comedy or drama, docuseries or feature film, it is a passion for creative and innovative storytelling, and the development of unique voices, that drives her work. Beyond the land of television, she is also the author of The Way to Somewhere (Simon & Schuster).