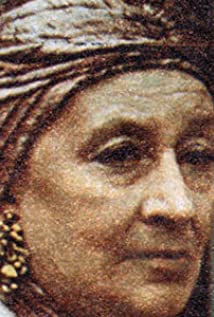 Angelina Stepanova was a notable actress of Moscow Art Theatre known as Anna Sherer in War and Peace (1965) by director Sergey Bondarchuk.She was born Angelina Iosifovna Stepanova on November 23, 1905, in Nikolaevsk-na Amure, Russian Empire (now Nikolaevsk-na Amure, Russia). Her father, Iosif Stepanov, was an insurance agent, her mother, Maria Vladimirovna, was a dentist. From 1921 - 1924 Angelina Stepanova studied acting under Evgeni Vakhtangov at 3rd Studio of Moscow Art Theatre, making her stage debut in the legendary Vakhtangov's staging of Carlo Gozzi's comedy 'Princess Turandot'. In 1924, Stepanova was invited to perform in A.K. Tolstoy's play 'Tsar Fedor Ioannovich' opposite Konstantin Stanislavski.From 1924 to 1994 Angelina Stepanova was a permanent member of the troupe at Moscow Art Theatre (MKhAT). There her stage partners included such renown Russian actors as Ivan Moskvin, Nikolay Khmelyov, Nikolai Sosnin, Alla Tarasova, Anatoli Ktorov, Olga Androvskaya, Angelina Stepanova, Anastasiya Georgievskaya, Mikhail Yanshin, Aleksey Gribov, Boris Livanov, Mikhail Kedrov, Viktor Stanitsyn, Vasili Toporkov, Mark Prudkin, Mikhail Bolduman, and the next generation of MKhAT actors - Oleg Efremov, Innokentiy Smoktunovskiy, Oleg Tabakov, Kira Golovko, Nina Gulyaeva, Tatyana Lavrova, Iya Savvina, Olga Barnet, Irina Miroshnichenko, Anastasiya Voznesenskaya, Andrey Myagkov, Vladimir Kashpur, Vladlen Davydov, Viktor Sergachyov, Vyacheslav Nevinnyy, Stanislav Lyubshin, Sergey Sazontev, Avangard Leontev, Igor Vasilev, and others.Stepanova was a member of the board at Moscow Art Theatre (MKhAT). Her most acclaimed stage performances at Moscow Art Theatre were as Irina in 'The Three Sisters' (1930) directed by Konstantin Stanislavski, and as Betsy in Tolstoy's 'Anna Karenina' (1937), for which Stepanova won critical acclaim on a tour in Paris. She was equally compelling playing epic leads and character roles. During the 50s, 60s and 70s, her most memorable appearances were in classic plays by Anton Chekhov, such as Arkadina in 'Chayka' (aka.. 'The Seagull), as Avdotya in 'Ivanov', as Irina in 'Tri sestry' (aka.. The Three Sisters), and as Ranevskaya in 'Vishnevy sad' (aka.. The Cherry Orchard), the role she inherited from Olga Knipper-Chekhova. During the 80s, Stepanova joined Oleg Efremov after the split of the Moscow Art Theatre in two companies. In 1998 she made her last public appearance at the Centennial Anniversary of the Moscow Art Theatre.During the Stalin's era, Stepanova was rarely cast in Soviet movies, according to "Stalin's spell" upon actors of the Moscow Art Theatre. She made her film debut in 1946 when the Soviet State allowed filming of the Moscow Art Theatre stage productions. At that time Stepanova, aged 40, appeared as young Anya, Ranevskaya's daughter opposite Olga Knipper-Chekhova. In 1953 she appeared opposite Alla Tarasova in Anna Karenina (1953), another record of a stage production by the cast of the Moscow Art Theater. Stepanova had to wait until the age of 60 to play her best known film role as Anna Sherer, a noblewoman in War and Peace (1965) by director Sergey Bondarchuk. She later co-starred opposite Boris Babochkin and Donatas Banionis in Begstvo mistera Mak-Kinli (1975), and also played bit parts in a few more Soviet films.Stepanova received the Stalin's Prize (1952), and was designated People's Actress of the USSR (1960). She was awarded the State Prize of the USSR (1977), was named Hero of Socialist Labour (1975), and received numerous decorations from the Soviet and Russian State. She was married to writer Aleksandr Fadeyev, whom she met on her first tour in Paris in 1937, and the couple had two sons, Shura Fadeev, and Mikhail Fadeev. Angelina Stepanova died of natural causes on May 18, 2000, in Moscow, and was laid to rest next to her husband, Aleksandr Fadeyev, in Novodevichy Cemetery in Moscow, Russia.

They Fought for Their Country