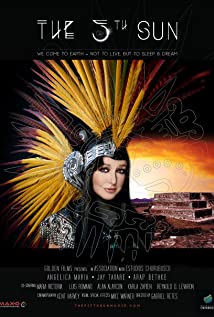 Angélica María is perhaps the only Mexican actress who has successfully made the transition from child star to living legend. Her career began when she was only four-years-old. She was barely a teenager when she played the leading role in the Mexican version of the play The Bad Seed. She was awarded for her outstanding performance, playing a cute serial-killer girl. After that, she began a succesful career as pop singer. From 1962 to her marriage, in 1975, she was know as "The girlfriend of the youth" and "The girlfriend of America" (the continent, not the country). She made a lot of rock n' roll films with costars Enrique Guzmán, César Costa and Alberto Vázquez, becoming a sort of Mexican Doris Day, Suzanne Pleshette and Sandra Dee, together in the same virginal body. On 1967, she went psychodelic and made a film which may be her best: Cinco de chocolate y uno de fresa (1967). Playing a sweet nun who eats mushrooms and becomes a sort of subversive wonder-woman, Angélica came on age and became hype without betraying her popsicle image. The 70s were the years of the telenovelas (Mexican soap operas) and Angélica María changed again. She was the young lady in numberless love stories and conquered the hearts of a generation of housewives who became faithful fans of her. She switched easily between TV and musical theater (she was Gigi and Woman of the Year) but practically retired from movie acting. She returned to the screen on mid 80s but nothing happened. She closely watched her daughter's career in show business (as her own mother closely watched hers) and returned to TV in mid 90s, portraying mothers and other mature roles. Nowadays, she combines TV acting with musical theater performing. Angélica María's only marriage, to singer Raúl Vale, ended in divorce after some years. She hasn't married again. Maybe she wants to be the eternal girlfriend of a generation of Mexicans.

To Kill a Stranger