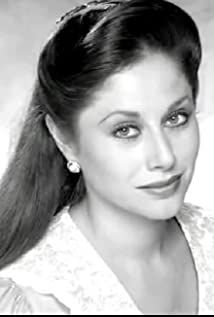 Angélica Aragón was born on 11th July, in the "Central Médica" clinic, in Mexico City. Raised in a family of intellectuals and educated at some of the most celebrated schools in Mexico, like "The Modern American College", "The Sierra Nevada School", "The French - Mexican High School", Angélica chose to seek an academic degree at "The London Academy of Music and Dramatic Arts" (LAMDA). There, for almost seven years, Angélica studied acting, pantomime, interpretative art, as well as canto and dance. In order to complete her histrionic education, she followed courses offered by "The London School of Contemporary Dance", "The National Dance Academy of India" and by the Indian "Kerala Kelandam Dance School". Back to Mexico in the early 80s, she started working in the telenovelas industry, for a local television company "Televisa". After giving life to a wide range of characters, either week or strong, subdued or independent, sociable or secluded, kind or evil, she decided to change her production company and signed for a young, but far from intimidating production house "Argos Televisión", which also brought her international acclaim for the extraordinary interpretation in "Mirada de Mujer" ("A Woman's Glance"). The sad, but true story of María Inés gained the sympathy of many other "women's glances" from all over the world. Apart from that, she had starred in no less than 24 movies, both Mexican and North American, among which the best known are "The Evil That Men Do" or "A Walk in the Clouds". As a theater actress, Angélica, who performed plays like "Maquillaje" or "Aquila Real" to name just a few, proved once more her inegalable talent. In 1999, she first directed a play, focusing on social themes "Tengamos el Sexo en Paz". Now, at the beginning of 2000, Angélica is back on the world's stage, with another telenovela inspired by Mexico's social, political and educational realities, called "Todo Por Amor", produced by "Argos Televisión" and broadcast by "TvAzteca".

Elvira I Will Give You My Life But I'm Using It

From Mexico with Love