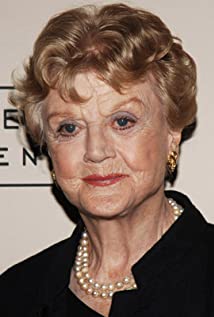 In 1925, Angela Lansbury was born in Regent's Park, one of the Royal Parks of London. The park was developed by John Nash (1752-1835), James Burton (1761-1837), and Decimus Burton (1800-1881), with construction starting c. 1818. It was first opened to the general public in 1835. It was named after the Prince-Regent George, later king George IV (1762-1830, regent 1811-1820, reigned 1820-1830). The park is located in Inner London, and administratively divided between the City of Westminster and the Borough of Camden.Lansbury was born in a prominent family of the upper middle class. Her father was socialist politician Edgar Isaac Lansbury (1887-1935), a member of both the Communist Party of Great Britain (CPGB) and the Labour Party. Edgar served as Honorary Treasurer of the East London Federation of Suffragettes (term 1915), and Mayor of Poplar (term 1924-1925). He was the second Communist mayor in British history, with the first being Joe Vaughan (1878-1938). Lansbury's mother was Irish film actress Moyna Macgill (1895-1975), originally from Belfast. During the first five years of Angela's life, the Lansbury family lived in a flat located in Poplar. In 1930, they moved to a house located in Mill Hill, a suburb currently located in the London Borough of Barnet. They spend their weekends vacationing in a rural farm located in Berrick Salome, a village in South Oxfordshire.In 1935, Edgar Lansbury died from stomach cancer. Angela reportedly retreated into "playing characters", as a coping mechanism to deal with the loss. The widowed Moyna Macgill soon became engaged to Leckie Forbes, a Scottish colonel. Moyna moved into his house in Hampstead.From 1934 to 1939, Angela was a student of South Hampstead High School. During these years, she became interested in films.. She regularly visited the local cinema, and imagined herself in various roles. Angela learned how to play the piano, and received a musical education at the Ritman School of Dancing.In 1940, Lansbury started her acting education at the Webber Douglas School of Singing and Dramatic Art, located in Kensington, West London. She made her theatrical debut in the school's production of the play "Mary of Scotland" (1933) by Maxwell Anderson (1888-1959). The play depicted the life of Mary, Queen of Scots (1542-1587, reigned 1542-1567), and Lansbury played one of the queen's ladies-in-waiting.Also in 1940, Lansbury's paternal grandfather George Lansbury died from stomach cancer. When the Blitz started, Moyna Macgill had reasons to fear for the safety of her family and few remaining ties to England. Macgill moved to the United States to escape the Blitz, taking her three youngest children with her. Isolde was already a married adult, and was left behind in England.Macgill secured financial sponsorship from American businessman Charles T. Smith. She and her children (including Angela) moved into Smith's house in Mahopac, New York. Mahopac is a hamlet within the town of Carmel. Lansbury was interested in continuing her studies, and secured a scholarship from the American Theatre Wing. From 1940 to 1942, Lansbury studied acting at the Feagin School of Dramatic Art, located in New York City. She appeared in performances organized by the school.In 1942, Lansbury moved with her family in a flat located in Morton Street, Greenwich Village. She soon followed her mother in her theatrical tour of Canada. Lansbury secured her first paying job in Montreal, singing at the nightclub Samovar Club for a payment of 60 dollars per week. Lansbury was 16-years-old at the time, but lied about her age and claimed to be 19-years-old in order to be hired.Lansbury returned to New York City in August, 1942, but Moyna Macgill soon moved herself and her family again. The family moved to Los Angeles, where Moyna was interested in resurrecting her film career. Their first home there was a bungalow in Laurel Canyon, a mountainous neighborhood located in the Hollywood Hills.Lansbury helped financially support her family by working for the Bullocks Wilshire department store in Los Angeles. Her weekly wages were only 28 dollars, but she had a secure income while her mother was unemployed. Through her mother, Lansbury was introduced to screenwriter John Van Druten (1901-1957) who had recently completed his script of "Gaslight" (1944). He suggested that young Lansbury would be perfect for the role of Nancy Oliver, the film's conniving cockney maid. This helped secure Lansbury's first film role at the age of 17, and a seven-year contract with the film studio Metro-Goldwyn-Mayer. She earned 500 dollars per week, and chose to continue using her own name instead of a stage name.In 1945, Lansbury married actor Richard Cromwell (1910-1960), who was 15-years-older than her. The troubled marriage ended in a divorce in 1946. The former spouses remained friend's until Cromwell's death.In 1946, Lansbury started a romantic relationship with aspiring actor Peter Shaw (1918-2003), who was 7 years older than her

Casino Jack and the United States of Money

The Boys: The Sherman Brothers' Story