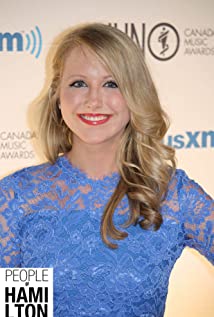 An actress and singer/songwriter from Montreal, Quebec. She was nominated for a Juno award in 2015 for Vocal Jazz Album of the year and is best known for voicing the roles of Luke and Lucy in the multi award winning animated film, Snowtime! Along with many other animated series and video games most recently, she plays opposite Felicity Jones in Mimi Leder's latest project, 'On the Basis of Sex.'

Troll: The Tale of a Tail

X-Men: Days of Future Past

The Legend of Sarila