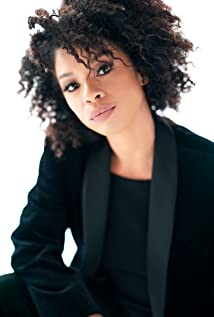 Sophisticated, hard-working, and an undeniable talent, Angel Parker has brought to life some of the most dynamic and diverse characters on screen today. Angel starred in Marvel's hit, action drama series, "Runaways," which follows six diverse teenagers who can barely stand each other. However, they must unite against a common foe: their evil parents. Angel shines as Catherine Wilder, a successful lawyer who is deliberate and calculating in both her words and actions. When it comes to family, she is fiercely loyal and a loving mother to her son, Alex (Rhenzy Feliz).Another standout project was appearing in FX's critically acclaimed, Emmy Award winning series "The People v. OJ Simpson: American Crime Story." Angel was a scene-stealer as famed celebrity attorney Shawn Chapman, one of Simpson's 'Dream Team' lawyers. This year, Angel is set to star as Chloe in Future Sight Entertainment's "Imaginary Lines" which is currently in production.Angel's first acting gig was on Joss Whedon's "Angel." Since then, she has appeared on some of the most buzzed about series, including: "911: Lone Star," "The Rookie," "REL," "The Strain," "Trial & Error," "Castle," "Criminal Minds," and "ER." Angel is also well known for her role as the intrepid and vivacious Tasha Davenport on five seasons of Disney XD's live-action comedy series "Lab Rats."At only 16 years old, Angel was accepted into the American Academy of Dramatic Arts. There, she immersed herself in performing, and went on to study Shakespeare at the British American Drama Academy, work with the Independent Shakespeare Company, Will & Company, and performed with The Blank Theatre's Young Playwrights Festival for more than 10 years.Angel currently lives in Los Angeles with her husband and two children.