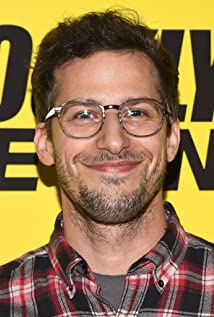 Andy Samberg was born in Berkeley, California, to Marjorie (Marrow), a teacher, and Joe Samberg, a photographer. With Jorma Taccone and Akiva Schaffer, Samberg is one of three Los Angeles, California-based writer-performer-filmmakers--all childhood friends--dubbed The Lonely Island, whose short films were showcased on the popular untelevised television network show and website. Some of their popular shorts included The O.C. (2003) parody "The 'Bu" and their full-length pilot, "Awesometown." They met Jimmy Fallon while writing for 2004 MTV Video Music Awards (2004), who then suggested that they audition for Saturday Night Live (1975). Andy was then cast as a featured performer, and Samberg's Lonely Island cohorts Jorma and Akiva were hired as writers for the show. The group's most notable contributions include The Lonely Island: Lazy Sunday (2005), The Lonely Island Feat. Justin Timberlake: Dick in a Box (2006), and The Lonely Island Feat. T-Pain: I'm on a Boat (2009).Near the end of his first season of SNL, Andy started filming the lead role in the film Hot Rod (2007), the first major motion picture by the Lonely Island team, with the production support of Lorne Michaels.In 2012, after seven years of working on SNL, Samberg resigned from the show. He was originally not looking to join a television series as a regular cast member, but after seeing the script for Brooklyn Nine-Nine (2013), he couldn't pass it up. Andy plays Jake Peralta, the best detective in Brooklyn's 99th police precinct, who also happens to be the most immature. In 2013 Samberg received the Golden Globe for Best Actor - Television Series Musical or Comedy for his performance.In 2016, Andy starred in the pop music mockumentary Popstar: Never Stop Never Stopping (2016). Taccone and Schaffer co-starred in and co-directed the film.Samberg married singer-songwriter Joanna Newsom on 21 September, 2013, in Big Sur, California. In August 2017, they announced the birth of their baby daughter.

I Used to Go Here