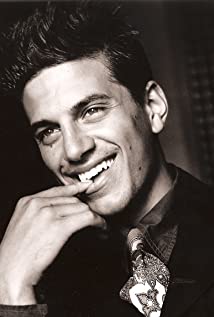 Since the age of six, Andy Davoli has been performing on stage and it can be said that since then he hasn't left. He attended clown and magic school as a teen, graduated from Villanova University and then got accepted into law school. But Andy knew his destiny was always in front of him so he made his way to New York City to realize his dreams of being an actor. He settled in Little Italy where he vigorously studied the three branches of the Method, finding that he could instinctively bring his intensity, intelligence, and humor and encompass them into the characters he played whether it be on stage or on film.After returning from a visit to Davoli, Italy, he was cast in his first lead role in an independent film entitled "Loser Love" directed by Jean-Marc Vallée. Meanwhile, he carried on honing his craft performing in several Off-Broadway plays. Director James Gray discovered Andy and cast him in what would be Andy's first foray into studio features for a splashy role opposite such top talents as Joaquin Phoenix, Mark Wahlberg, and Charlize Theron, in the big budget Miramax feature "The Yards". It's no surprise then that Andy quickly caught the eye of Italian-American cinematic legends like Martin Scorsese who cast him in a cameo role in "Bringing Out the Dead" opposite Nicolas Cage. Andy then had a cameo in "People I Know" with The Godfather himself, the great Al Pacino.Davoli beat out hundreds of other actors for the coveted role of "Scarpa" in New Line Cinema's "Knockaround Guys" where Brian Koppelman and David Levein cast him in the lead role opposite Vin Diesel, Barry Pepper, and John Malkovich. After an audition for the critically acclaimed HBO series "The Sopranos", series creator David Chase wrote the recurring role of "Dino Zerilli" for him in the third season of arguably the greatest show in the history of television. Clearly Andy Davoli brings something special to the screen and the directing duo Anthony and Joe Russo saw what others were seeing. They cast the rising star in the lead ensemble role of "Basil" alongside Sam Rockwell, George Clooney, and Gabrielle Union in Warner Bros' "Welcome to Collinwood", produced by Clooney and Steven Soderbergh.While in the room auditioning in front of Pulitzer winning playwright and screenwriter David Mamet, he was immediately cast opposite Val Kilmer in "Spartan" after telling a joke. Andy's charisma is both on and off the screen. He continued to prove himself as a multi-faceted actor in the role of "Jake Perini", a wheelchair-bound victim of polio, opposite Kenneth Branagh and Cynthia Nixon in the Golden Globe-nominated HBO film "Warm Springs".Davoli's dark Sicilian-Italian good looks were used to stunning effect in a Stephen Meisel Dolce & Gabbana campaign opposite international supermodel Gisele Bündchen.His starring turn as the lead in the magical surrealistic short film "Lucky Clown" brought Andy back to his clown college roots and paved the way for the film to premiere at both the 2007 Cannes Film Festival and the Venice Film Festival. Directed by the brilliant Renaissance filmmaker Salvatore Di Costanzo, Andy went on to make two more shorts with him of the same genre: "The Crying Museum" and "The Abandoned Circus".Since his memorable role in "The Sopranos", Andy has lent his talent and versatility over the years to countless roles on such celebrated shows as "24", "CSI:New York", "CSI:Miami", "The Unit", "Burn Notice", and "Lucifer".As if being in recognizable films, TV series, and stage performances weren't enough, you most likely have seen Davoli in memorable national commercials and groundbreaking video games such as Rockstar Games' "LA Noir". His broad range is truly remarkable.Yes, it can be said with confidence that the once young boy on stage is still doing what he's always done-manifesting his dreams and bringing his passion of storytelling with him to every project he collaborates on. Now living in Los Angeles, Andy Davoli continues to sharpen his skills as he further advances his career.