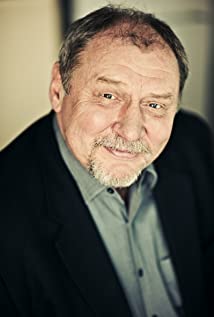 Born on March 15, 1952 in Chrzanów, Poland. Has two brothers: Mikolaj Grabowski who is an actor and director, and Wiktor who is a mining engineer. Graduated from Ludwik Solski Academy for the Dramatic Arts in Kraków. Worked in Juliusz Slowacki Theatre in Kraków. His most popular role is Ferdynand Kiepski in the long-running sitcom series Swiat wedlug Kiepskich (1999). In addition to acting he works as a singer and stand-up comedian. He often appears in shows performed for Teatr Telewizji, a series of theater performances broadcast by the public broadcaster Telewizja Polska. He was married to actress Anna Tomaszewska, they have two daughters: Zuzanna Grabowska (born in 1983) and Katarzyna Grabowska (born in 1991), both of whom are actresses. In June 2009 he married make-up artist Anita Kruszewska.

Nobody Sleeps in the Woods Tonight 2