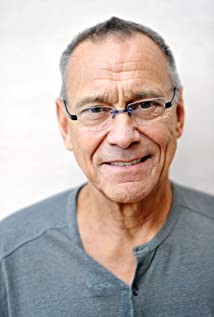 The Russian theatre and film director Andrei Konchalovsky is an elder brother of Nikita Mikhalkov, born August, 20, 1937. As a youngster he planned to pursue a career of a musician and learned to play piano but his love for cinema outweighed and he entered VGIK-the major state film school where he studied under Mikhail Romm. At VGIK he met Andrei Tarkovsky, they collaborated on Ivan's Childhood (1962) and _Andrei Rublev_. For his feature debut The First Teacher (1965), he chose the book by Chingiz Aitmatov about the post-1917 Revolution period in the southern Russia. His next film Istoriya Asi Klyachinoy, kotoraya lyubila, da ne vyshla zamuzh (1966) although made in 1966 was not released until a decade later because it failed to comply with the strict requirements of the Russian censorship of the period. A Nest of Gentry (1969) - a study of the 19 c. aristocracy - was praised for its visual beauty but attacked by critics as mannered. Konchalovsky's powerful Uncle Vanya (1970) from the play by 'Anton Chekhov_ is regarded by many people as one of the best films in the Russian language ever. Siberiade (1979) - a dramatic and realistic story of the lives of the people of Siberia - was internationally acclaimed and brought Konchalovsky to the attention of American and European producers. From then onwards his career has been international in scope. Pleasing critics and audiences worldwide, he made the English language films Maria's Lovers (1984), Runaway Train (1985), Duet for One (1986) (praised for Max von Sydow's brilliant performance), and the award-winning Homer and Eddie (1989) starring Whoopi Goldberg. Konchalovsky moved to the mainstream territory with the action packed Tango & Cash (1989). Charasteristically he still insists that this work is no less laudable than any of his others. He also directed plays and operas in a number of European cities. In the early 1990s he returned to Russia and directed several theatre productions most notably "The Seagull" by Chekhov and "Miss Julie" by August Strindberg. Currently residing in Moscow Konchalovsky sometimes makes short excursions to Hollywood to make mainstream TV productions like the Emmy-winning The Odyssey (1997) and The Lion in Winter (2003) in which Glenn Close gave an award-winning performance. His Russian-French co-production House of Fools (2002) - a story set in an asylum that stands on the border between Russia and Chechenya during the war in Chechenya - was warmly received in Europe and won an honor at the 2002 Venice Film Festival. However the film antagonized the critics in Russia. In the very beginning of his career he was credited as Mikhalkov- Konchalovsky. Later he adopted his mother's maiden name to distinguish himself from his younger brother, Nikita Mikhalkov, who was rapidly becoming a famous filmmaker himself. For his last feature film The Postman's White Nights (2014), shot digitally in his home country Russia, Andrey Konchalovsky won the 'Best Director' award at the 'Venice International Film Festival' in 2014.

The Nutcracker in 3D

Rerberg and Tarkovsky. The Reverse Side of 'Stalker'

The Lion in Winter