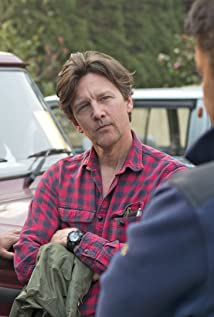 Andrew McCarthy grew up in Westfield, New Jersey, until he was 15, when his family moved to Bernardsville. He attended the Pingry School, a prep school, where he performed in plays and musicals and played basketball. At 18, he went to New York University as a theatre major and wound up as the lead in the 1983 film Class (1983). He also studied at the Circle in Square Theater School in New York. He has been in several on and off Broadway shows, such as 'Long Day's Journey', as well as over 40 movies. He continues to show his talented acting abilities in upcoming movies and shows.Since the mid-2000s, McCarthy has had a second career as a travel writer for such publications as National Geographic Traveler, Travel+Leisure, Afar, The Atlantic, The Wall Street Journal, Bon Appetit, The New York Times, Men's Journal, and Slate, among others. In 2010, the Society of American Travel Writers awarded McCarthy their Lowell Thomas Travel Journalism prize and named him Travel Journalist of the Year.