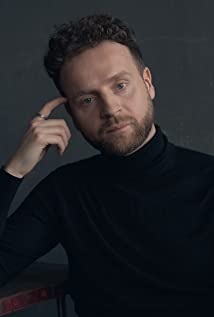 Andrew Gower is a British actor and singer/songwriter who is probably best known for his role as "Bonnie Prince" Charles Edward Stuart in "Outlander" and playing Nick Cutler, the vampire solicitor in season 4 of "Being Human". Andrew was born in Aintree (near Liverpool) and he has been acting - and singing in his own band Emerson - since his school days.He joined a drama group while studying for his A-Levels and graduated from the Oxford School of Drama in 2010, winning the Spotlight Prize in July of the same year.His other acting projects include the lead role of Victor Frankenstein in BBC Three's live musical production of "Frankenstein's Wedding", and portraying Roman emperor Caligula in the TV mini series "A.D. - The Bible Continues". He most recently appeared in season 4 episode "Crocodile" of science fiction anthology series "Black Mirror" and played Ezra Spurnrose in the new fantasy-noir series "Carnival Row" on Amazon Prime.Andrew's stage credits include Seiffert in "Conquest of the South Pole" at the Arcola Theatre (touring to the Rose Theatre in Kingston) and Charlie in "Terror Tales" at the Hampstead Theatre. In 2016 he made his West End debut in London playing the lead role of Winston Smith in a stage adaptation of "1984". He played William/Lupin in the radio production of "The Diary of a Nobody" and Lucian in the BBC 4 Radio production "Dangerous Visions: Speak". He also gave his voice to the character Mudlark in the animated short film "The Tall Tales of Urchin".Andrew is a huge music fan and has recorded several tracks with his former band, Emerson, as well as performing some of the tracks during the Frankenstein's Wedding performance. He has written some tracks for "Humpty Fu*king Dumpty" with fellow actor Stephen Walters, and is involved in the music project The Gustaffsons.